In the midst of a global pandemic, CaseCom was born. We’re not your typical quarantine project, we’re not temporary but built to last. As students head into a new semester and employees return to work, not every anticipated experience has to be sidelined, just reimagined.

3 Months, and a Dedicated Team

Similarly to other quarantine projects, CaseCom was started as a way to keep busy and learn some new skills. It started out as an experiment to learn how to build full-stack web applications, but quickly started developing a new focus in trying to solve an existing problem that we noticed in the case competitions space, it was too complicated. With so many moving parts and no real target solutions, we knew that there was an opportunity.

Starting with the two co-founders, the team quickly added two new engineers to speed up the process. The more our team worked on this project, the more we saw its potential and after 3 months of mistakes, learning, and celebration, we had created our Minimum Viable Product.

Confident in our new creation, we started to seek out potential partners to use our platform for the first time around early July. After much searching, we had finally found a club that was interested enough in a demo. During the demo, however, we all slowly came to the realization that maybe CaseCom was not what we had hoped to be. Many use cases were causing the platform to break in unexpected ways, and our potential partner seemed very apprehensive with trusting our platform.

This kicked off a complete overhaul of our code-base. With much of it being built on scraps of code that were scavenged from various sources on the internet, our platform was extremely confusing and disorganized from a developer’s point of view.

Looking back, spending a month refactoring all the code, fixing inconsistencies, and writing proper documentation is what saved the project from going under.

On August 8th, CaseCom Private Beta was released to the world. Now a team of 6, we had a much better product, as well as a team ready to build and continue growing the platform. Our launch was a success, and we saw support from around the world.

Now, the last step to ensure its viability was to put CaseCom into production and host an event on CaseCom. With the support and trust from the Western Founders Network, CaseCom hosted the club’s Product Design Sprint on August 15th- 16th.

Product Design Sprint was a design-based hackathon, where teams of up to three were led through a series of workshops to create and build a product and present to judges. CaseCom handled the submissions for all 120 participants, allowed judges to easily fill in virtual rubrics and leave comments for each team, and generated and showcased a judging schedule for team presentations and the final round. In addition, CaseCom helped the organizers of the event calculate the top scores in less than a couple of seconds, thereby reducing the time their participants had to wait to hear if they made it to the finals. 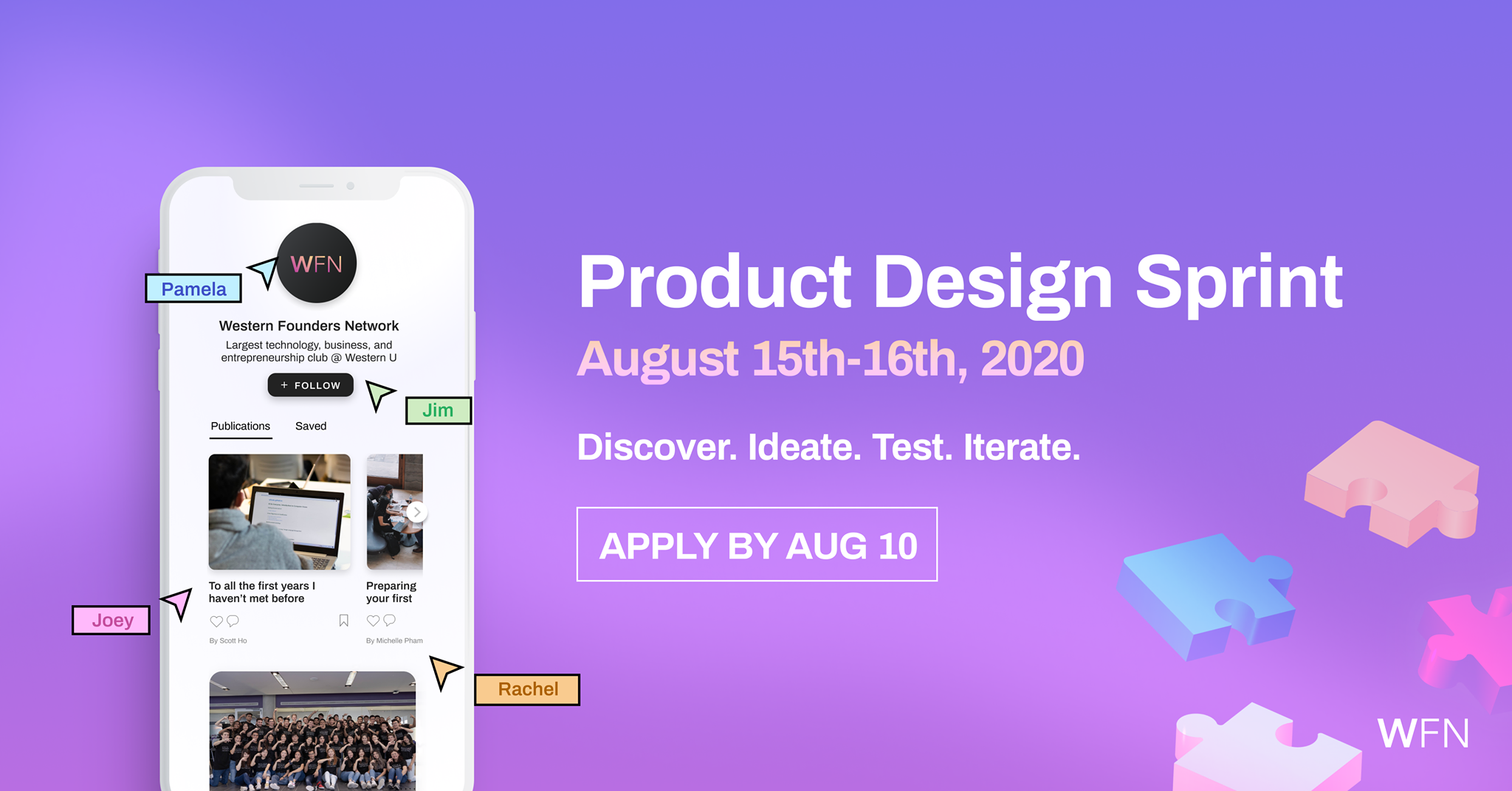 The event banner used for branding

Here’s some feedback from the participants, judges, and organizers of Product Design Sprint:

Using CaseCom to do submission was incredibly intuitive and easy to use! They even had presentation schedules that appear as the event progresses! Definitely helped make the competition seamless.

CaseCom was fairly intuitive and easy to use for the judging process. The design of the platform is well thought out and streamlines the system.

With the transition into virtual events due to COVID-19, we were rather in the dark on running our annual Product Design Sprint. That’s when CaseCom became a vital factor to the success of PDS2020. Their online platform allowed us to seamlessly collect 120+ participant submissions, generate judging schedules and collect scores with the click of a few buttons. Upon implementation, our organizing team was able to focus on the quality of the event, ultimately saving us energy, time and preventing a lot of gray hairs. CaseCom took the time to understand the growing trend of virtual competitions and gave us an awesome selection of different competition formats to choose from.

With no complications throughout the entire event, it was safe to say that CaseCom worked! With a successful first event, our team has been invigorated to continue development and improve the platform. We have lots in our roadmap, many lessons learned, and an excitement for what's to come.

Want to use CaseCom for your next event? Request hosting access to experience CaseCom in action by filling in this interest form or emailing [email protected] for a demo.

A key element of any good business idea is the ability to answer this fundamental question: “what problem are you trying to solve?”

What we've been up to

Built with a lot of

Let's Get In Touch!